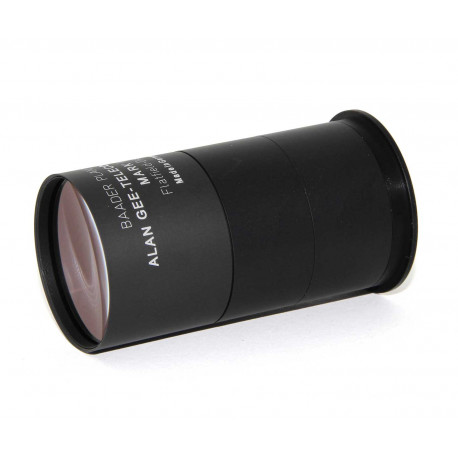 The Alan Gee has been designed upon recommendations by Roland Christen (Astro Physics) especially for Schmidt-Cassegrain telescopes. It increases the aperture ratio from f/10 to f/5.9 and reduces the necessary exposure times significantly. It also corrects the field curvature inherent to all SC telscopes and makes pinpoint stars up to the edge of the field.

By increasing the working distance with the spacer tubes, the compression factor can be incresed, too. But a distance of 121 mm should not be exceeded.

Adaptation to the Schmidt-Cassegrain Telescope: 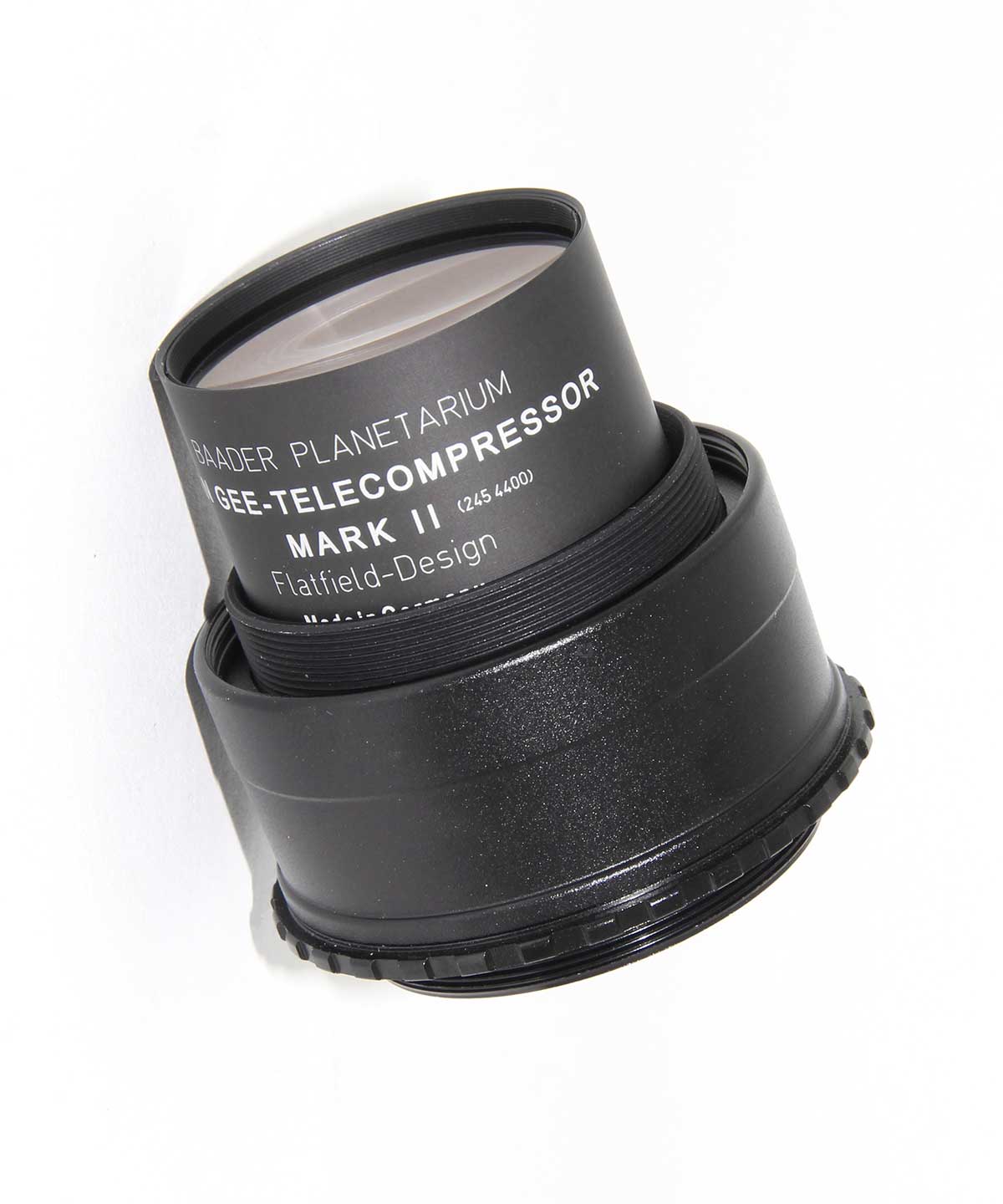 The Alan Gee can be placed directly inside the baffle tube of an 8" SC. But we recommend the adaptation via 2" with T-thread (see image on the left).

Then, the Alan Gee fits into a 2" receptacle or focuser and can be used with all SC telescopes from 5" through 16".

With the counter ring, the Alan Gee is connected to the T-adapter. It is fixed with the female T-thread at the lower side of the adapter.

From the T-thread, you can go to your camera, off-axis-guider...

Increasing the focal reduction with the spacer rings:

The Alan Gee comes with spacer rings. If you use the adaptation as described above, you don´t need them. But you can decrease the focal reduction factor by extending the distance between corrector and sensor If you attach a DSLR camera directly, the distance is approx. 85 mm. You can go up to approx 121 mm without degrading the image quality.